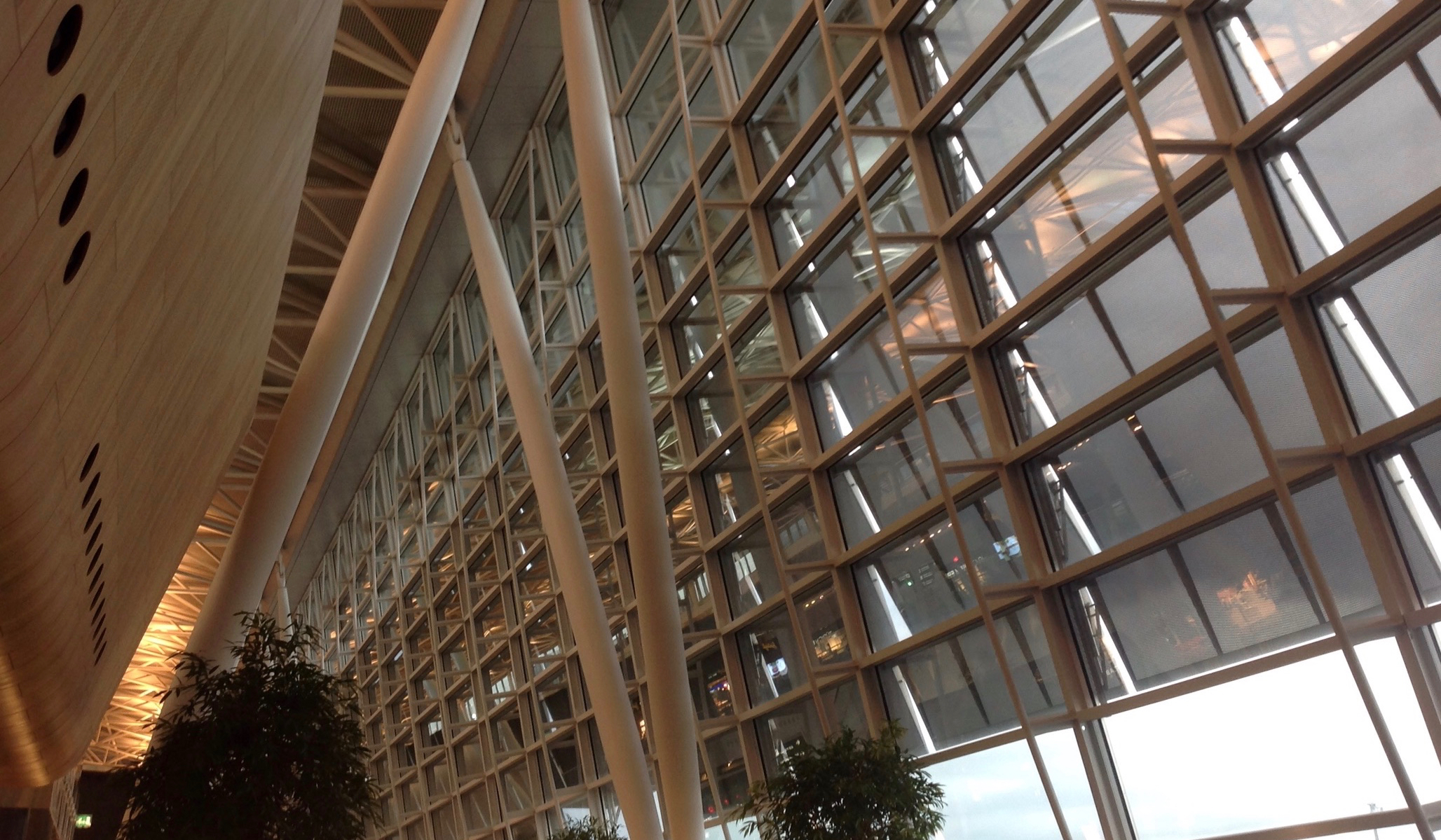 I mean that literally. This is the first time I have ever ‘blogged’ anything.  Actually, it’s the first time I’ve written anything really, aside for the odd paper or proposal for work, since leaving school, back in the days before Facebook and when I used to buy belts and have to put an extra hole in them to make them fit (sadly these days the opposite end is more likely to get pierced!).

I’m worried about this.  Not least because the sentence before last was far too long and horribly constructed, but also because I have recently been reading the ‘autobiography’ of Alan Partridge and I’m incredibly concerned that I will sound rather like him instead of writing in my own voice. Or worse, that I may be rather like the old fart in more ways that I’d like to imagine. If you aren’t familiar with Alan, hit this link. Very, very funny character, but not the sort of fella anyone would really crave to be!

Anyhoo, every journey and all that.  I’ve invested in the site so I may as well put that first foot forward and put this out there for your comment, constructive critique or outright slagging – you choose!!

In another first, it’s the first time I’ve ever been to Switzerland and I’m killing time in the departure lounge whilst easyJet deal with a delayed flight inbound, thus keeping me here for long enough to start this off at least.  Homeward bound after a brief 24 hours or so in Zurich.  What a place!  What a stunningly beautiful place!!

I flew in yesterday morning having made a cock up on my booking and booked the inbound flight a day earlier than I should have (free life hack: save a fortune by not making holiday bookings at 2am and do them when your alert; preferably at work, when you’re getting paid to click away!!!).

If you’ve not been (back to Zurich now, sloppy writing I know, but stick with me. Please), you really should as soon as you can. But for goodness sake, save first. This place is expensive.  Stunning, but expensive.  I’d like to return to see more than I’ve had the opportunity to on this trip, but it will need some planning and some saving!!

Words (at least the few knocking around in my own limited vocabulary) can’t do justice to Zurich, but I’ll have a go, otherwise what’s the point of this whole blogging shizzle anyhow?!

It’s unlike any place I’ve ever been.  It’s got the things you expect in a big city – cathedral, big river, red light district (more in a mo), but it’s not like any other big city I’ve ever been too.  For starters is beautiful in a quaint sort of way. No big high rises, that I saw, so the old churches still make the skyline interesting and the properties along the river front are all picture postcard characterful.  But the thing that sticks out most is the cleanliness of the place.  By cleanliness, I mean spotlessness. You can even see to the bed of the weedless river for Gods sake (The Limmat, if you’re wondering).

This is a city whose residents seem to take pride in their surroundings.  As a Londoner, this is something I don’t see much.  There is no chewing gum on the pavements here, no drunks pissing in shop windows after dark: Even those out on the town drinking, do so respectfully to the environment and thoughtfully towards others, it seems (Christ I’m getting old).  I even took a snap of a phone box which was virtually spotless, I was so shocked!

There are water fountains too.  I don’t mean like the big ornamental ones in Trafalger Square, nor the small ones you get at municipal sports centres that you never want to touch because you don’t know whose herpes laden lips may have previously suckled at its teat (veering towards borderline Partridge there, God help me).  No, I mean fountains that are both ornamental and drinkable.  Public fountains that are beautiful to look at but safe to drink from.  Took a pic of one of those too!!

There’s loads to admire here.  A very high standard of public services; a very high standard, period (I’m about to follow this up with a full stop and the pedant in me wonders which is the most redundant; the punctuation, or the word. You get the picture though, right?).

Pause for breath. Two people have sat down next to me and decided to eat hard boiled eggs.  I think they’re old: The eggs, not the people.  Eww.

Public services, oh yes.  So here’s something you don’t see in London and, I presume other places, very often. Outside the main station, Zurich Hauptbahnhof, there is some major improvement work going on to the tram terminus.  There are fences up naturally – safety first and all that. But these fences are clear wire mesh (chocolate brownies with rotten hard boiled eggs and salt!  Is that a thing now?  Who does that?!)  and people are watching what’s going on.  And here’s the thing, there is activity!  None of this British ‘cones and bugger all happening’ tosh.  There’s actual work, by teams of workmen and the site is, well, spotless.  They’re literally digging up a road with heavy machinery and there’s not even any dust?!  Witchcraft!!

There’s even a lady standing, near the sign apologising for the inconvenience due to the works, to give advice leaflets out about alternative transport links.  They come with a complimentary herbal teabag for the trouble caused.  It’s like I’ve landed on another planet!

Side note: spotted the workmans mess, later in the day and a catering van was churning out really good sausages on a BBQ as well as what looked like cold beers.  Maybe this is the way forward across the globe, standards wise?  Look after everyone well and everyone benefits in one way one another?! Just a thought!!

Not enough time to fully explore town and due to my tubbiness and the extreme heat, not really the energy either.  I made the mistake of travelling in jeans and my hotel wasn’t ready for check in when I arrived so I had to sweat it out in 29 glorious degrees, which I’d normally very much like.  #wardrobefail

Ref my ‘life hack’ advice above, never book flights when tired.  You’ll end up having to source a hotel for the unexpected nights stay and panic booking one in the red light district (good price; good price).  Mind you, if you do it’s one of the cleanest, politest red light districts I’ve ever seen (based on a very small sample set (very small (no more than a dozen or so)))  Even as I drunkenly navigated the ‘busy’ street corner near the hotel on my way back to bed, the ladies, were not in the slightest bit pushy when I explained I was not interested in their wares. Another first!

And another first* was the purpose of my visit.  To catch up with Sharon (aka @Swissmissfl – Periscope) and to take advantage of her superior skill as a photographer for some profile images etc for this site all of which I will share here with her permission.  Once she’s spent some time editing the bags from under my eyes and making me look like a fat adonis, it’ll be clear to see, she’s a talented snapper, so I recommend you visit her website especially if you are in the Florida or Zurich areas.

At the least follow her on Periscope.  You’ll find a wonderful fun person talking to you, not to mention a talented artist.  Yes she draws/paints as well as snaps.  She really should sell some of the pics!! Genuine talent in my humble opinion.  Oh, she sings too!!  Voice of an angel I reckon, although she keeps that well under wraps.

Anyways, a great afternoon meeting up and now I’m sat here in departures waiting for a delayed plane and looking at a lightening storm that, knowing my luck, will add a little to the delay.  Storms always seem to happen when I fly??!!??

Please do let me know what you think and what you’d like to hear more (or less) about!

*second time we’ve met, but the first time I’ve ever been snapped by a pro.

6 thoughts on “Well this is a first…”