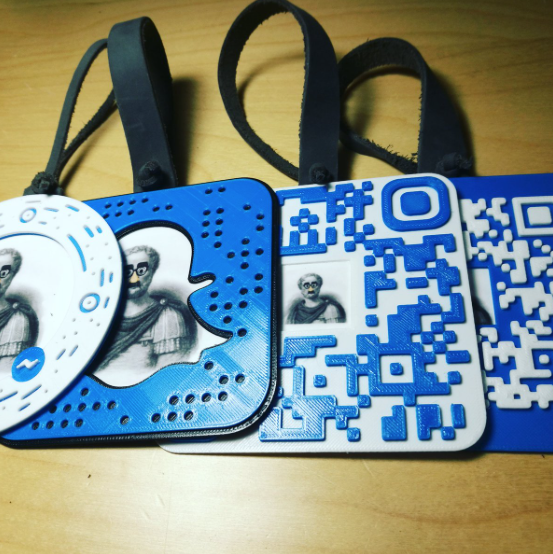 Those of you that know me will know I’m a bit of an impulse shopper, when the bank allows.

Recently I was introduced to the concept of a physical scannable ghost code linked to a snapchat account (I think it was through Brandee Anthony) and thought I’d check out the website for the company she recommended, Custom Ghost Codes.

As I scanned the site (no pun intended), I could sense the feeling growing inside me,

Next thing I knew I was making a list and reaching out to the site via their snap chat accounts: 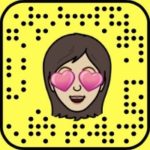 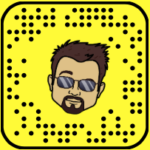 But why, I (imagine I) hear you ask, are you impressed Pliny.  Well I’ll tell you.

First up, I’ve never owned anything that was 3D printed before.  I like the idea of that.

Second, the product looks really cool as you can see form the image above.

Next, The price is extremely reasonable, especially given the time it takes a 3D printer to produce the product (between 2 and 3 hours per unit).

But most importantly for me, the service from the team was superb.  What I was asking for, in respect of filled ghost codes with the Pliny image inside them, had never been done before.  But the team eagerly rose to the challenge!

The communication at every stage of the purchase was beyond excellent to the point where I hope they wouldn’t mind me referring to them as my new friends, as well as suppliers of joy.

No question was too stupid to be answered quickly and professionally (and believe me, I can ask some really dumb questions) and following the progress of the production of the codes themselves was fun, via snapchat.

Best of all aside from receiving the goods, which I hope to do soon, as they are flown across the pond to London (also at a reasonable rate I might add), was that I asked to see some of the images of the work in progress and I was sent something I had never seen before.  Below are examples of a QR code, a Twitter code, a Ghostcode and a Facebook Messenger code

My inner geek finds the design process of a 3D print fascinating to say the least and I happen to think they are all rather beautiful like this too.  Even better as they rotate around my desktop, although sadly I don’t know how I would share that with you!

The team were far exceeding my expectation!

Aside from all of that, I know that when they arrive I will be the only owner in the whole world of a filled, custom made, 3D printed, set of codes and how cool is that.  Mr Unique.

So I hope you can see why I’m impressed.  I recommend this product and the team producing them in the most glowing terms possible.  And I can’t wait to get my hands on the finished articles!