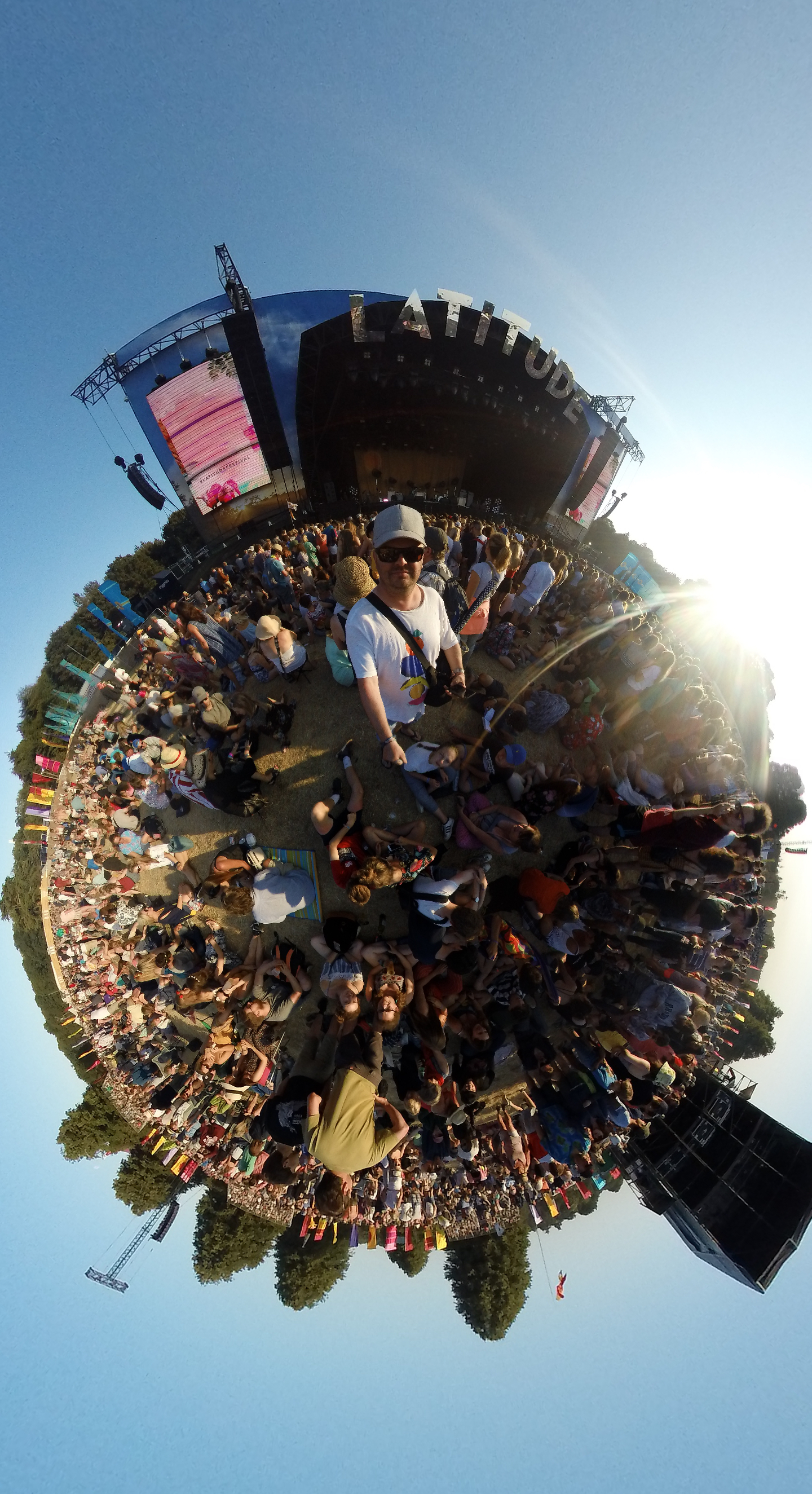 Well, I said I’d post something and here it is.

Latitude festival, here I am. In truth, I’m no longer here (or is it there).  You know, at Latitude. I’ve probably been home quite a while, but the lack of signal in the field at Henham Park means there’s not a lot a could do about that. I’ve learned to accept that! You’ll just have to suspend your imagination for a while, which I think is a thing, and imagine we are both there, live.  Living the Latitude dream!!

I actually wrote this on Friday 13th July. Wait, maybe that explains the bad luck signal wise?? The post date will give you an idea of how much I struggle and procrastinate. But that was another post. This one is an introduction to the wonderful Latitude festival in Suffolk.

It’s day one proper.  I pitched the tent last night, having arrived late and parked about a mile from where I needed to carry all my gear. I’m currently in the main arena, or Obelisk with the French band La Femme entertaining me, “We are from France, le France. We have come to give you pleasure.” Don’t mind if ya do!! I’ve been coming here for the last six years, I think, and I love it. Last year I felt dirty as the majority of our friends wanted a change, so we went to Green Man in Wales instead. A nice festival, but no a patch on Latitude IMHO. This year we have returned home and even brought three newbies into the gang, so they needed showing around a bit, which was good, because there have been some impressive changes since we were last here (although the poetry and literature tents seem to have merged, which is a shame, cos they used to stand on their own merits in terms of acts in the past, but hey ho; progress)

The sun’s just come out and I can feel the burn, which reminds me to buy some sun cream and to try to remember my sunglasses next time I head out. The walk to the arena is a good twenty minutes from my tent and I’ll be buggered if I’m going all the way back just to avoid some squinting! So far I’ve enjoyed a day of doing very little. And I love doing very little. It’s so good to get away and have literally no plans! In fact, I’ve been sat here blogging and watching/listening for about three hours now. Bliss. First act up was The Go! Team, who were good, followed by Gang of Youths, also corking and with a lead singer who also had a sense of humour, which is nice. He said if we didn’t dance he’d ‘write a stern letter to (y)our parents’. I, therefore, assume the crowd nearer the stage are a lot younger than me. Dammit, I could be their parents!

In fact, thinking about it, I know they are young. I’ve seen at least two junior school day trips walking along in their uniform crocodile formation. Now that’s a smart teacher! I can almost see the thought pattern. ‘Schools not quite out for the summer yet. I really want to go to Latitude. I know, I’ll say its a cultural trip and educational. Ooh, I can claim the ticket on expenses too!’ Well played Teach. Well played!!

Hang on. Short break. The charity concierge has just arrived and I need a beer. All my chums have gone off somewhere whilst I blog, so this service is a great idea. Pricey, but for Child.org, so worth it. The concierge team patrol the arena and take orders from you, then they go to the bar, jump the queue and bring you a beer (or whatever you ordered) back to you in no time at all. you just pay for the drink and a five-pound charity donation. Then you put it in your shoe. Naturally.

Right, the beer’s here. Where was I? Oh yes, intelligent teachers!

Who goes to Latitude?

The crowd at Latitude is great. Eclectic, as you would imagine at a festival, but thankfully quite adult, as in grown up; not pornographic. Well not all of them. My days of drug-fuelled larks are long gone and a good beer with good folk for four days is just the ticket. Don’t get me wrong, there are plenty of teens and twenty-somethings running around that bring some energy to the place, drug-addled or not, but there is also a good mix of folk my age and much older, who are quite happy to park up on a blanket and just be entertained or, like me, sneak some extra kip in to the day! One thing that I do like, for reasons I’ll try to explain, is the families. It’s a great family festival and you see lots of young parents with the nippers in tented trolley’s roaming around. There’s something restful about seeing a toddler with ear defenders on, just enjoying themselves and bringing pleasure to their parents. Everyone is accepting of everyone here, I guess that’s the over-riding feeling. No one bothers anyone, but they all interact in a huge modular community.

Mostly I love it because of the variety. There’s the main stage (Obelisk) and the BBC Music stage, which I guess are standard festival fare, but then there’s the other areas; the Speakeasy (literature and poetry), the Comedy arena, the Film & Theatre tents (both self-explanatory). Then there are areas called Sunrise (mostly new acts I think), the Lake Stage, The Alcove (sort of variety of acts in a small tent with as host), Cabaret, Waterfront (Yoga and ballet amongst other things), The Faraway Forest (Disco bingo anyone?), the Town Hall (community issues and discussion)Pandora’s Playground (no idea, never been there), Kids Teen and Family (ditto, but they do have a helter-skelter in there and it looks like it’s a bit of an activity area to keep the kids happy – mostly charity organisation lead (get your kids woke folks!).

Not to mention a recent addition either this year or last, the Street Feast, a huge area of eateries of all kinds (nom nom nom. Say no more).

Last night we ventured in for a while after we’d all pitched our tents to familiarise our friends with what was where and were treated to a DJ set by Idris Elba, which was unexpected. Also, there was a Binaural Dinner Date tent for those of you that are ASMR fans. Sadly fully booked when I was there, or I would have dipped in. Anyhoo, La Femme has just finished and so shall I. There a cocktail making class that my chums have booked so I’m going to go and join them. Then I think we are all back to the Obelisk for The Charlatans, Belle and Sebastian and Solange to close the day out. I’ll post more as the weekend goes on, but no doubt the lack of signal will result in a glut of postings when I return!
Tweet

11 thoughts on “Latitude: Possibly my favourite time of year”