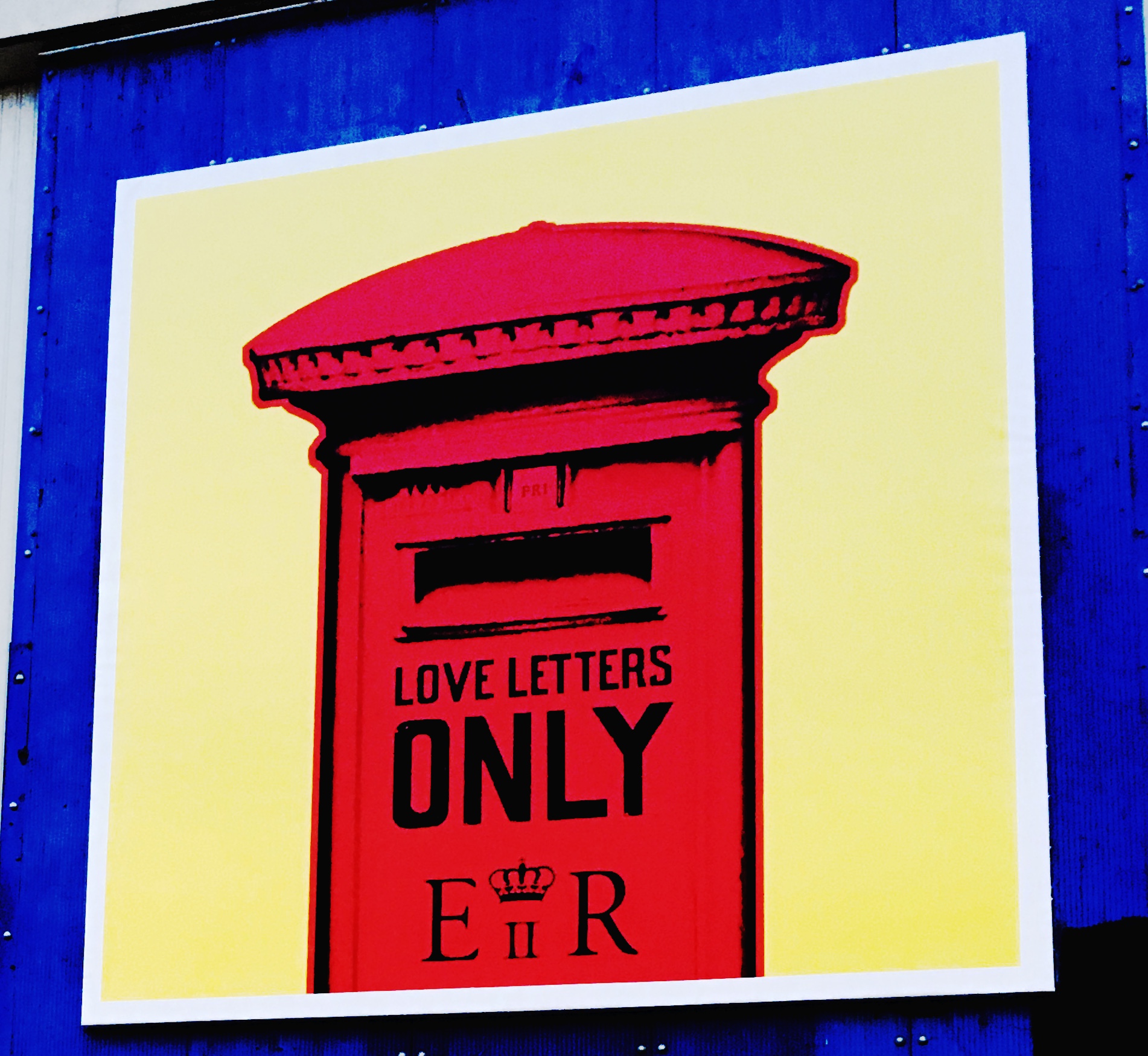 Hi everyone (both of you).

Look, let’s be honest; I waffle.  Skip the preamble and scroll to the last sentence if that grinds your gears like it does me!!  I won’t be offended.

Just thought I’d drop a little post in here due to many inactivity of late. since I last posted much has happened: I lost my job (but feel ok about that), had a bit of that crazy flu that knocked me on to my back for about three weeks right across Christmas and the New Year and even halfway through February is still kicking around in the form of a tickly cough and generally haven’t done much aside from catch up with a few friends, watched Spurs win a few football matches and so on.  It’s been quite a relaxing start of the year, even if partially enforced.

But this post isn’t about that, as you may have guessed from the title.  It’s a short one about art in the Croydon area.  If you don’t know, Croydon is a borough of South London on the outer edge towards the North Downs.  Over recent years it’s become synonymous with the worst of the city, especially after the riots a few years back where much of the centre of town was trashed and burned.  That said, a quick look at the Wikipedia entry for the town will tell you there’s a lot more to it these days as well as historically.

Recently there’s been a bit of an upsurge in artwork in and around the town and I think I’m right in saying that the Fairfield Halls – a long-standing cultural centre and 60’s architectural eyesore – is going to re-open after a £30 million refurb soon.

Something that was recently introduced to me was the Rise Gallery in St George’s Walk.  I’d been totally oblivious to it, but a friend who lives more locally said it was worth checking out.  Then on a random trip through Surrey Street Market (FYI – one of the oldest markets in the country which has traded since 1276!) after a haircut I discovered some of the public realm art that the gallery was involved with, under a staircase leading up from the market to the back door of the cinema.  I had a bit of a chat with a chap who I believe was the owner of the gallery and he alerted me to a Warhol exhibition that was going to take place.  Sadly due to work commitments, I missed the exhibition by a day and so didn’t get to see the main event, so to speak:  A walking tour of the town where artworks from contemporary artists, inspired by Warhol, were displayed on buildings around town.  You can still see this on the Twitter account @warholcroydon, and there’s still some supporting information and audio descriptions on the website for the exhibition.

Gutted as I was, when I turned up a day late, the gallery was still exhibiting some of the Warhol originals, so that was worth the visit and walking the route of the tour introduced me to some parts of town I’d never been to before.

Also, it reminded me of some of the pictures I’ve taken over the last quarter or so of artwork that is around town.  Croydon really is growing from a creativity point of view and it was both exciting to see and nostalgic to walk around, especially the St George’s walk area, where one of the contemporary Warhol inspired pieces was mounted above the front door of the first nightclub I ever worked in as a barman and junior manager, back in the day when Croydon was the centre of the, then new, UK Garage scene.  It’s long closed and I hear that it’s still the same inside, aside from the sound system and lighting rig that was probably recycled in another venue somewhere.  I’d love to get in and have a walk around for old times sake!!

Anyhoo.  I thought I’d just share some of those pictures that I took so you can see what the Cultural Quarter of Croydon has to offer!!

I’ve captioned the images to give a bit of a tour feel if viewed in order, or just click as you like really!!

Some source links to art and artists:

Dotmasters site. Scroll down a little way to see the Croydon artwork being created.

Lauren Baker – creator of the neon under the bridge.

3 thoughts on “Street art of Croydon”

This site uses Akismet to reduce spam. Learn how your comment data is processed.