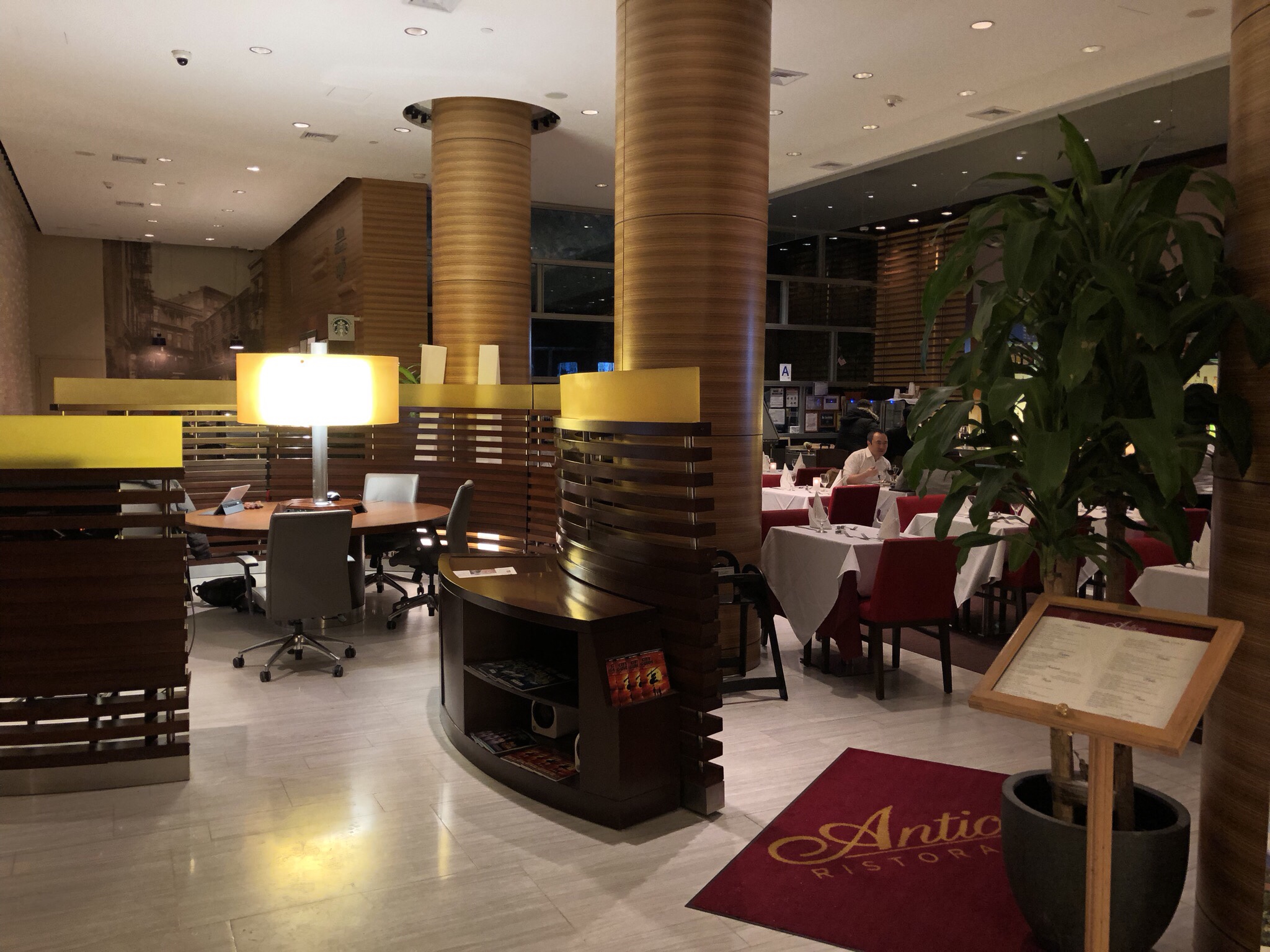 No Doubt, New York City is one of my favourite places to be.

This is my third visit (I think) and I am enternally grateful that my sister works for an airline and her ‘in work benefits’ make this a cheaper journey than it otherwise would be.

So I’m here on impulse to attend a periscope meet up hosted by Brandee Anthony, which should, with luck, introduce me to loads of other scopers from this neck of the woods, especially Angels Piano and Mr Jimmy Nap Esq. I do like the social part of social media!! More about that in a later post. I’m writing this, killing some time in the hotel before heading out to surprise Brandee, who I hope doesn’t know I’m coming (note to self, post this after you meet to maintain the surprise element).

So a slightly (ever so slightly; like an hour) delayed flight, a broken plane blocking the gate when we landed and a longer than usual queue through customs meant that I got to the hotel at about 2am Eastern last night, 7am according to my time-zone addled head.

A flight that took in Despicable Me 3 (funny), Dunkirk (not what I expected but very immersive and a good movie) and a movie about the history of Bitcoin (frustratingly small captions on an airline seat screen).

It also took in the travellers worst nightmare, being in the middle seat next to a man who literally overlapped his own seat, snored and took his shoes off revealing what I can only describe as the scabbiest cheesiest feet I have ever had the displeasure of being stuck inside a pressurised cabin with for 8 hours! I mean really… every time he moved the foot waft was recycled around the air in the cabin. But what can ya do. It got me here, and thanks to my sister, it got me here cheap!!

So a late arrival meant a lie in today, so I’ve not done much, but I wanted to tell you about something I did do that I recommend everyone does in New York. I just had a lunch in a place called SOLA Pasta Bar (330 West Broadway, also on Facebook and Insta and at Solapastabar.com). OMG, what a treat.

First off, its a really nice place. Comfy, contemporary, open kitchen space and a pleasant experience in every way. But then there was the food. Now I’ve no doubt that a proper food or restaurant critic would say something like, humble, simple dishes that let the flavours speak for themselves and they would be right, but I’m not a pro critic of any sort, so I have to review in my own terms, namely; Nom Nom frickin’ Nom, with bells on!

A lovely Kale salad to start, followed by wonderfully al dente pasta with clams and then, then, oh boy, then… Cheescake. Now I’m not saying it was good: It was much more than that. It turned up and looked beyond tasty, but when I ate it, I was taken somewhere nice: Like an out of body experience. Evidence of this is below: 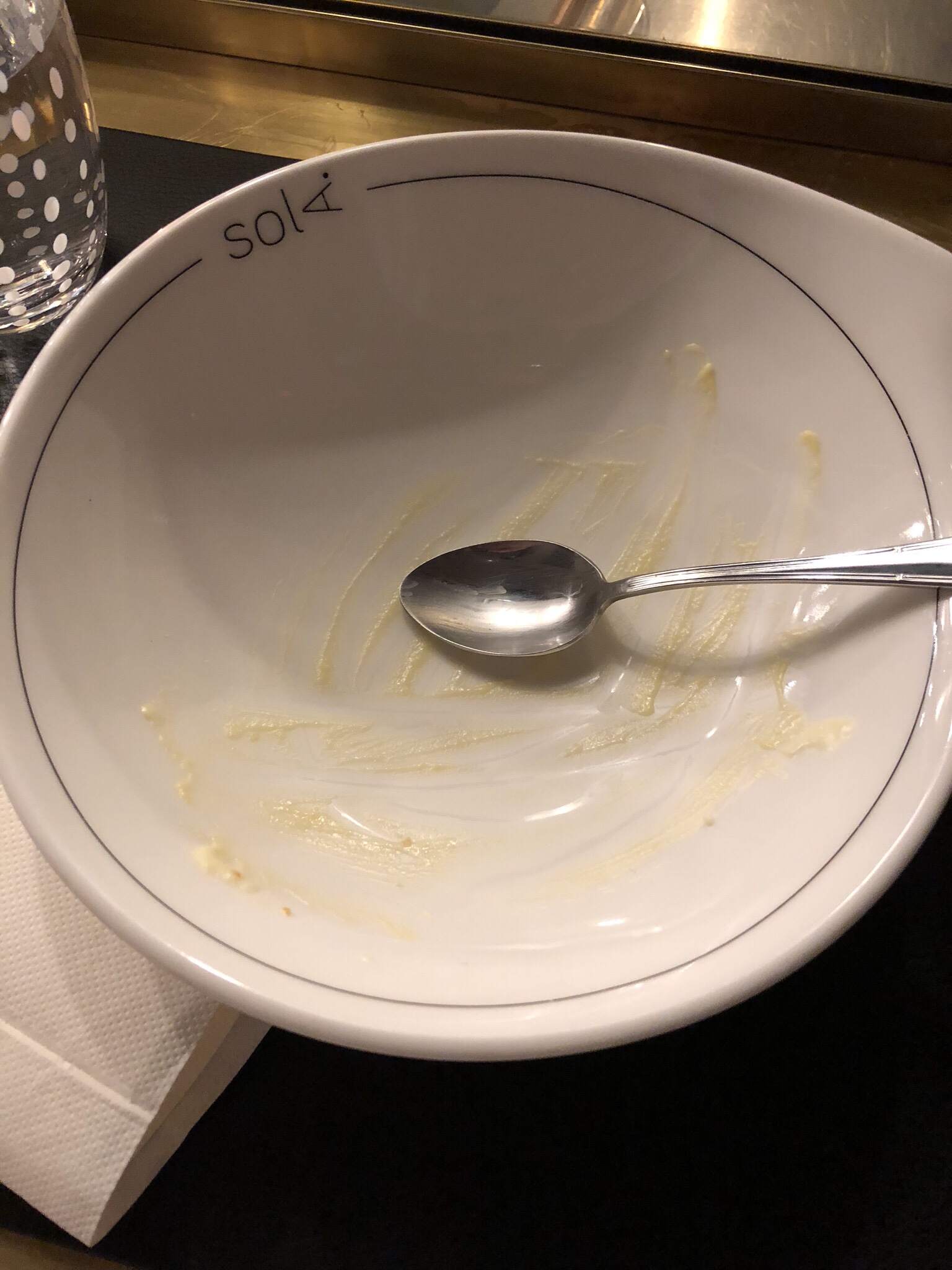 Hark, I hear you cry, how is this evidence? I’ll bloody tell you. This is a picture of the second helping I ordered just so I could take a picture of it. It was that tasty, I’m afraid I forgot to take the picture until the second portion had been thoroughly demolished. Personal pride alone prevented me from ordering another, but by God it was tempting. So very very tempting. And handmade to order too!!

Alex, the chef was very amiable and chatty to a weird fat traveller alone (me, not another weird fat traveller alone) and I discovered through him that I had timed my visit perfectly, the cheesecake having been added to the menu only two days previously. But what a chef. Oh yes indeed, this is a place I would gladly recommend to anyone in the SoHo area of town, at any time. Hell, I’d say travel across town for this place. 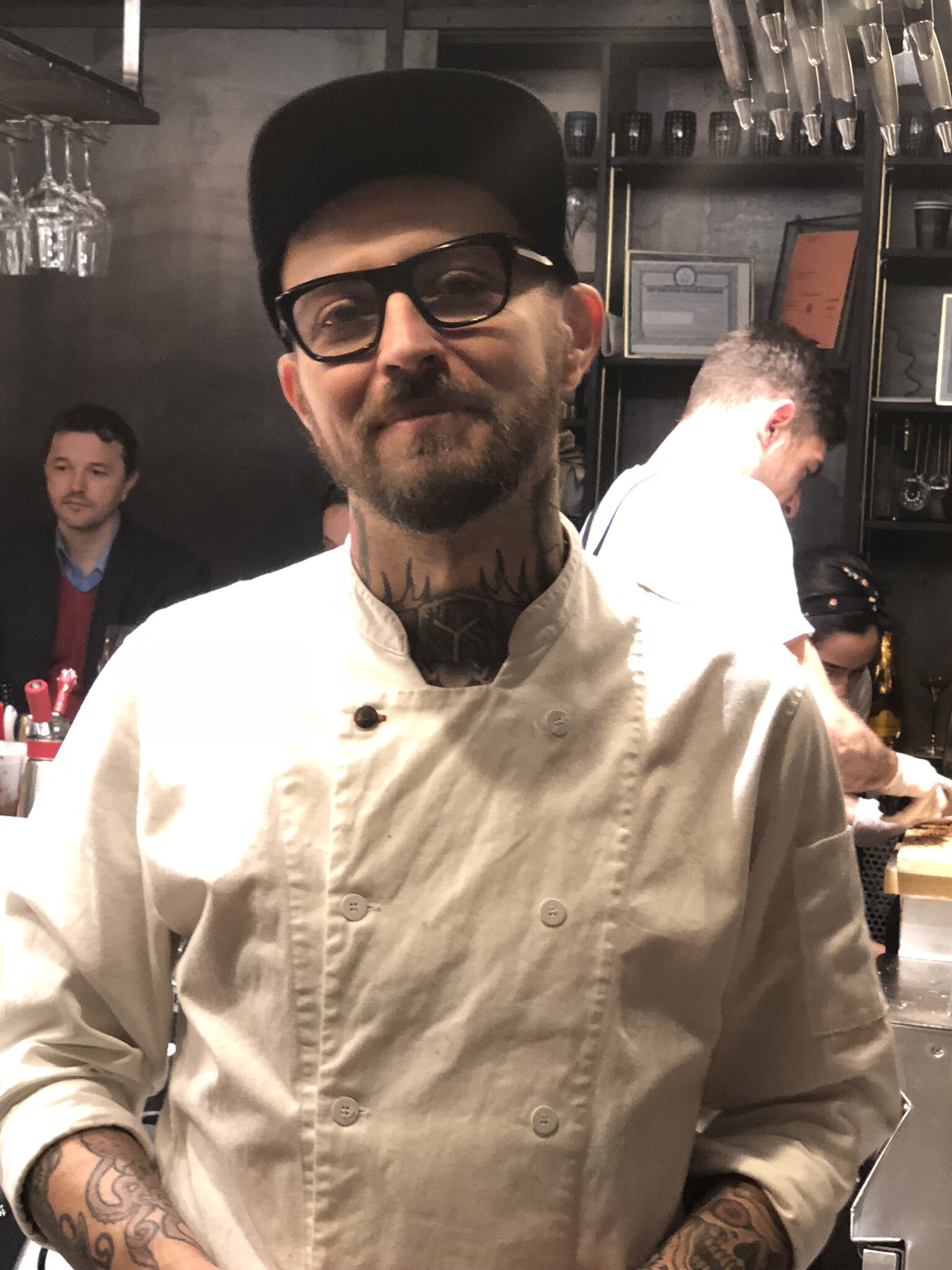 Being a bit odd and liking a gadget I thought I’d try out the new Insta 360 One to see if I could work it properly. Can’t post these now as they’ll be in my Insta and Facebook pages after I’ve sprung the surprise on Brandee later tonight. I don’t want to over stretch my tiny mind by trying to be too technically savvy, but do (please and thank you) check out those accounts when you get a sec, to give a bit of another view of the restaurant as well as the capabilities of the camera.

Enough for now. Will post a bit more soon, especially after tomorrow where I hope to take in a bit more of the town in daylight and, hopefully, a little less snow, as much as I love snow!

This site uses Akismet to reduce spam. Learn how your comment data is processed.